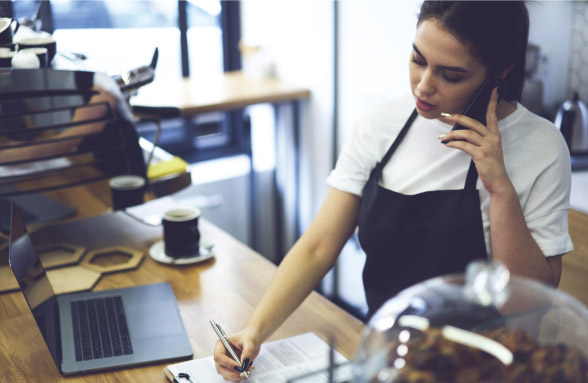 Employers in certain industries would have to provide employees with advance notice of work schedules and shift changes under legislation that Sen. Elizabeth Warren, D-Mass., and Rep. Rosa DeLauro, D-Conn., plan to introduce Oct. 17.

The proposed Schedules That Work Act—which has not passed in prior legislative sessions—would require employers to provide retail, food service and cleaning service employees with their schedules in advance and to pay premiums when schedules are changed, when employees report to work but are sent home, and when they work back-to-back shifts.

The bill would also require certain businesses to engage in an interactive dialog with workers who request schedule, assignment and work location changes.

The bill's stated purpose is to "permit employees to request changes to their work schedules without fear of retaliation and to ensure that employers consider these requests and to require employers to provide more predictable and stable schedules for employees in certain occupations."

We've rounded up articles and resources from SHRM Online and other trusted media outlets on predictable scheduling laws.

In a survey of 30,000 hourly workers conducted by the University of California's Shift Project, black, Hispanic and other minority workers were most likely to report being assigned unpredictable schedules that harmed them and their families. Black and Hispanic women reported the worst schedules and white men reported the best, according to the research. Workers with unpredictable hours and who worked "on-call" shifts were more likely than those with regular schedules to leave a child home alone. Supporters of predictable scheduling legislation say it will provide stability for low-wage earners, particularly women of color.

Some business groups oppose stringent scheduling laws because they make it hard for employers to find someone to cover a shift for a worker who needs to take time off with little notice. While such laws are "great in theory for those who need to know their schedules ahead of time, [they are] horrible for those that have last-minute obligations and need to request scheduling changes," according to the California Chamber of Commerce. "Even if the employer is willing to accommodate a schedule change request and pay the extra hours of work, the employer [could face] liability by trying to do a simple favor for the employee."

San Francisco was the first city to pass a comprehensive predictable-schedule in 2015, and cities such as Chicago, New York City, Philadelphia and Seattle followed. Oregon became the first state to approve a scheduling law when Gov. Kate Brown signed S.B. 828 in 2017. "If more cities and states pass predictive scheduling measures, employers will have to either tailor policies to geographic regions or adopt a universal policy by selecting the most restrictive requirements," said Courtney Blanchard, an attorney with Nilan Johnson Lewis in Minneapolis. Employers often blend the two approaches by creating policies with some "universal" provisions and limiting the most burdensome practices to specific regions, she added.

How to Address Predictable Scheduling Laws

Given the recent rise in popularity of these laws, it is important for employers to understand what these laws are, where they are most likely to encounter them, and what steps they can take to make sure they're abreast of the most up-to-date compliance strategies.

Keeping policies and practices up-to-date is a continuous process. In recent years, many states and local governments have raised their minimum wage above the federal rate of $7.25 an hour. Many states and municipalities have also enacted laws requiring employers to provide paid sick leave, banning employers from asking job applicants about their salary history and criminal background and legalizing medical and recreational marijuana use. Here are some key issues that employers should be monitoring.

This system is very user-friendly and easy to use in every regard. I have not once been disappointed in using this system.

Go To Top
Is your workforce management solution strong enough to reach your goals this year? We can help!
Click below to chat.