What Can Employers Expect from the DOL After Leadership Changes? 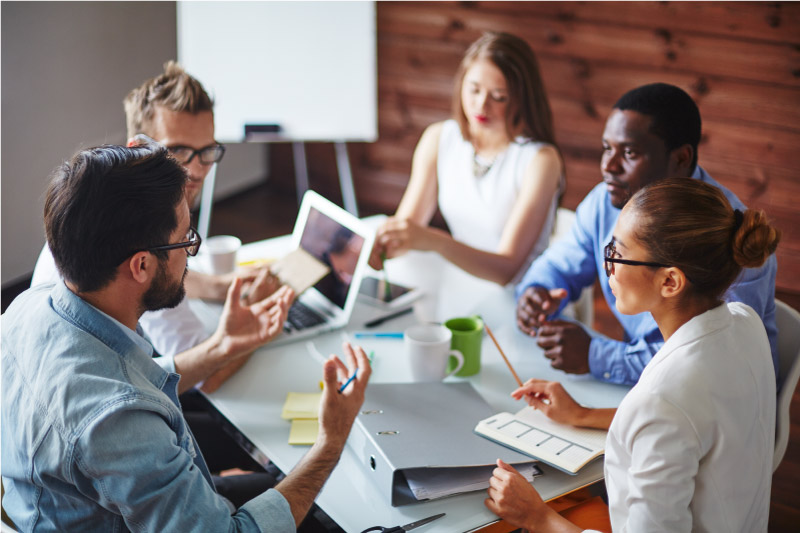 Former Secretary of Labor Alexander Acosta resigned after facing scrutiny over his involvement in securing a plea deal for sex offender Jeffrey Epstein. Patrick Pizzella, the previous labor deputy secretary, became acting secretary on July 20, and President Donald Trump named management-side attorney Eugene Scalia as his pick to permanently fill the role. So what do all these changes mean for employers and Department of Labor (DOL) priorities?

Employers may wonder what the DOL leadership changes mean in particular for key workplace rules that have yet to be finalized, such as the federal overtime rule, which would raise the Fair Labor Standards Act (FLSA) exempt salary threshold to $35,308.

Pizzella, who is considered more aggressively pro-business than Acosta, is expected to move faster than his predecessor to reverse certain Obama-era regulations.

"The DOL will proceed with normal business, including finalizing rules with vigor under the acting secretary's leadership," said Michael Lotito, an attorney with Littler in San Francisco. "He is committed to getting key rules finalized by the end of 2019, and I believe he will do so."

Eugene Scalia, son of the late U.S. Supreme Court justice Antonin Scalia, is also considered pro-business. He has worked for the federal government previously, including as labor solicitor under President George W. Bush, and has extensive experience as a management-side employment attorney. He is currently a partner with Gibson, Dunn & Crutcher in Washington, D.C., and is a member of the firm's labor and employment practice group, as well as of the administrative law and regulatory group.

"He has developed quite the career advising clients on issues relating to the federal agency rulemaking process," said Travis Vance, an attorney with Fisher Phillips in Charlotte, N.C., who worked with Scalia as co-counsel on a regulation amendment project. "I expect him to use his significant experience representing clients in this field and take a practical approach to amending and repealing regulations that may have been improperly adopted or overreaching."

Although Trump has selected Scalia to be the next secretary of labor, the Senate still must confirm the nomination.

"The confirmation process is cumbersome," Lotito said. First, a lot of paperwork has to be submitted. Then the FBI and other government agencies have to investigate the nominee's background.

"The FBI checks have become more elaborate, as they check social media outreach and the like," Lotito said, noting that the investigation can take about six weeks.

After that, the Senate Committee on Health, Education, Labor and Pensions schedules a hearing. Committee members can submit written questions, and the nominee's supporters and opponents may be summoned to testify.

When all that is done, a committee vote is set. The committee can vote favorably, unfavorably or without recommendation before the nomination is sent to the Senate floor for consideration.

Ultimately, the Senate holds a majority vote to decide whether to confirm, reject or take no action on the nomination.

"The confirmations have been slow over the past few years," Lotito explained. "While I hope the confirmation might take place in September, it can clearly slip beyond that timeline, even assuming that no holds are placed on the nomination, which happens from time to time."

The Secretary of Labor oversees a variety of agencies, offices and programs, including the Occupational Safety and Health Administration (OSHA) and the Wage and Hour Division.

Under Scalia's leadership, OSHA can be expected to focus more on compliance assistance to balance against the agency's enforcement activities, said Edwin Foulke Jr., an attorney with Fisher Phillips in Atlanta and Washington, D.C., and the former head of OSHA under George W. Bush. "Having been the labor solicitor," he said, "Scalia is well aware of the regulatory process and will be able to move whatever pending standards he wants to move."

In addition to the overtime rule, the DOL is working on other critical wage and hour updates, such as the proposed joint-employer rule, which would narrow the FLSA's definition of joint employer, and a change to the definition of the regular rate of pay that is used to calculate overtime premiums. The department also plans to seek comments on how to improve the Family and Medical Leave Act to better protect workers and reduce administrative burdens on employers.

The Society for Human Resource Management (SHRM) will continue to work with the DOL and the next labor secretary on important issues, such as the federal overtime rule, regulations under the Fair Labor Standards Act and the hiring of people often excluded from the job market, said Johnny C. Taylor, Jr., SHRM-SCP, SHRM's president and chief executive officer.

"We encourage the next labor secretary to continue the important practice of soliciting business and employer perspectives and those of other stakeholders on policy affecting the workplace," he said.

In time and attendance, accuracy is everything.  Inaccurate payroll can result in lost trust with employees, problems with human resources, and even wage and labor penalties.  TimeClock Plus provides you the tools and technology needed to pay your people accurately and on time while maintaining FLSA compliance.  Our flexible licensing model allows you to adjust to your changing circumstances and to quickly react to changing legislation.  For more than 30 years, we have served one purpose - to protect our customers, our team, and all of those impacted by our business.  If you believe your organization may be impacted by the 2019 DoL proposal, contact one of our Solutions Consultants and see how we can help you.

It's easy to use; I love that I can easily check to see when I clocked in or out, and that I can see how many hours I've worked over the course of the week.

Go To Top
Want to chat about TimeClock Plus? I’m here to help you find your way.
Click below to chat.