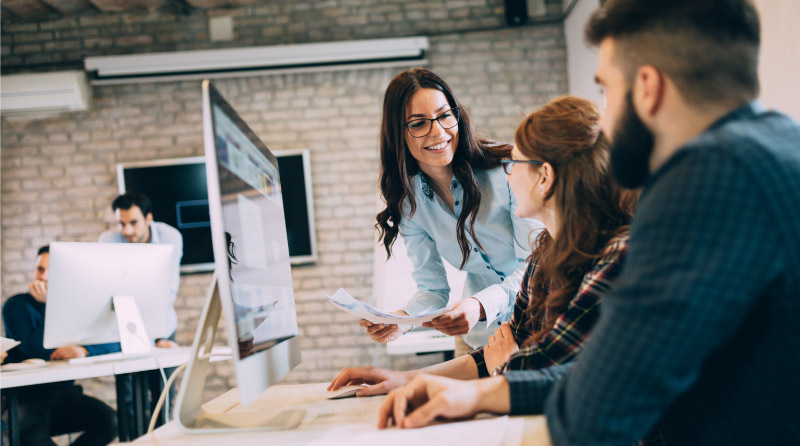 The U.S. Department of Labor (DoL) plans to update its rules on the fluctuating workweek method of calculating overtime pay to cover more workers and provide employers with greater flexibility.

The department sent a proposal to the White House Office of Management and Budget on Aug. 15, reported Politico's Morning Shift.

This is just one of several employer-friendly proposed changes the DOL is pursuing, and Acting Labor Secretary Patrick Pizzella is expected to move faster than his predecessor, Alexander Acosta, to finalize new rules. Pizzella is considered more aggressively pro-business than Acosta.

We've rounded up the latest news on the DOL's proposed changes from SHRM Online.

What Is the Fluctuating Workweek Method?

Under the fluctuating workweek method, employees who are entitled to overtime pay receive a fixed weekly salary, which is divided by the actual number of hours an employee worked in the week to determine the week's base hourly rate. The employees will then receive an additional 0.5 times their base rate for each hour worked beyond 40 in the workweek.

This is an alternative to the Fair Labor Standards Act's (FLSA's) regular method of calculating overtime pay, under which employees are paid an hourly rate and receive 1.5 times that rate for overtime hours.

To use the fluctuating workweek method, employees' hours actually have to fluctuate on a week-to-week basis, and employees must receive the fixed salary even when they work less than their regularly scheduled hours. Additionally, there must be a clear mutual understanding between the business and employees about how workers are paid.

Employers currently can't use this method to calculate overtime pay for employees who receive bonuses and other incentive-based pay, so the DOL plans to revise the regulations. The department wants to give employers "greater flexibility to provide additional forms of compensation to employees whose hours vary from week to week," according to the federal government's spring regulatory agenda.

Federal Overtime Rule May Be Issued Sooner than Expected

Employers are particularly interested in what will happen with the proposed overtime rule. In it, the DOL has proposed raising the salary threshold for white-collar exemptions to $35,308 annually. The proposed level is a compromise between the current $23,660 threshold and the now-blocked $47,476 cutoff that was adopted by President Barack Obama's administration in 2016.

Pizzella, as acting secretary of labor, will likely move ahead quickly with this proposal. He is completely committed to ensuring the rule is finalized by year's end, said Michael Lotito, an attorney with Littler in San Francisco, "knowing that once 2020 begins, all focus turns to the election and any new rules take on heightened politization."

For the first time in 50 years, the DOL has proposed an update to the FLSA definition of the "regular rate" of pay, which is used to calculate overtime premiums. The regular rate includes hourly wages and salaries for nonexempt workers, most bonuses, shift differentials, on-call pay and commissions. However, it excludes health insurance, paid leave, holiday and other discretionary bonuses, and certain gifts. Many employers aren't sure if certain perks must be included in the regular rate of pay. So instead of risking a lawsuit some employers are choosing not to offer competitive benefits.

The DOL has also proposed a multifactor test that would be used to determine whether businesses are joint employers that share liability for FLSA wage and hour violations. The proposal aims to provide clarity for businesses, which will likely not be deemed joint employers if they stay out of the day-to-day employment decisions of their contractors and franchisees.

"If adopted, it may result in fewer businesses being found liable for minimum wage, overtime and other similar liability under the FLSA," said John Polson, an attorney with Fisher Phillips in Irvine, Calif. "The proposed rule is intended to reduce uncertainty and inconsistency in court and agency decisions with respect to joint-employer status."

Leadership Changes May Take a While

President Donald Trump announced in July that Eugene Scalia, son of the late U.S. Supreme Court justice Antonin Scalia, would be his pick to replace Acosta as secretary of labor—but the confirmation process could take a while. "The confirmations have been slow over the past few years," Lotito explained. "While I hope the confirmation might take place in September, it can clearly slip beyond that timeline."

My experience with your service department has always been positive and I'm treated with respect. I'm not sure how you choose your techs but you are doing something right because I never dread calling for help, not when I know the person on the other line will be so friendly and helpful.

Go To Top
Want to chat about TimeClock Plus? I’m here to help you find your way.
Click below to chat.